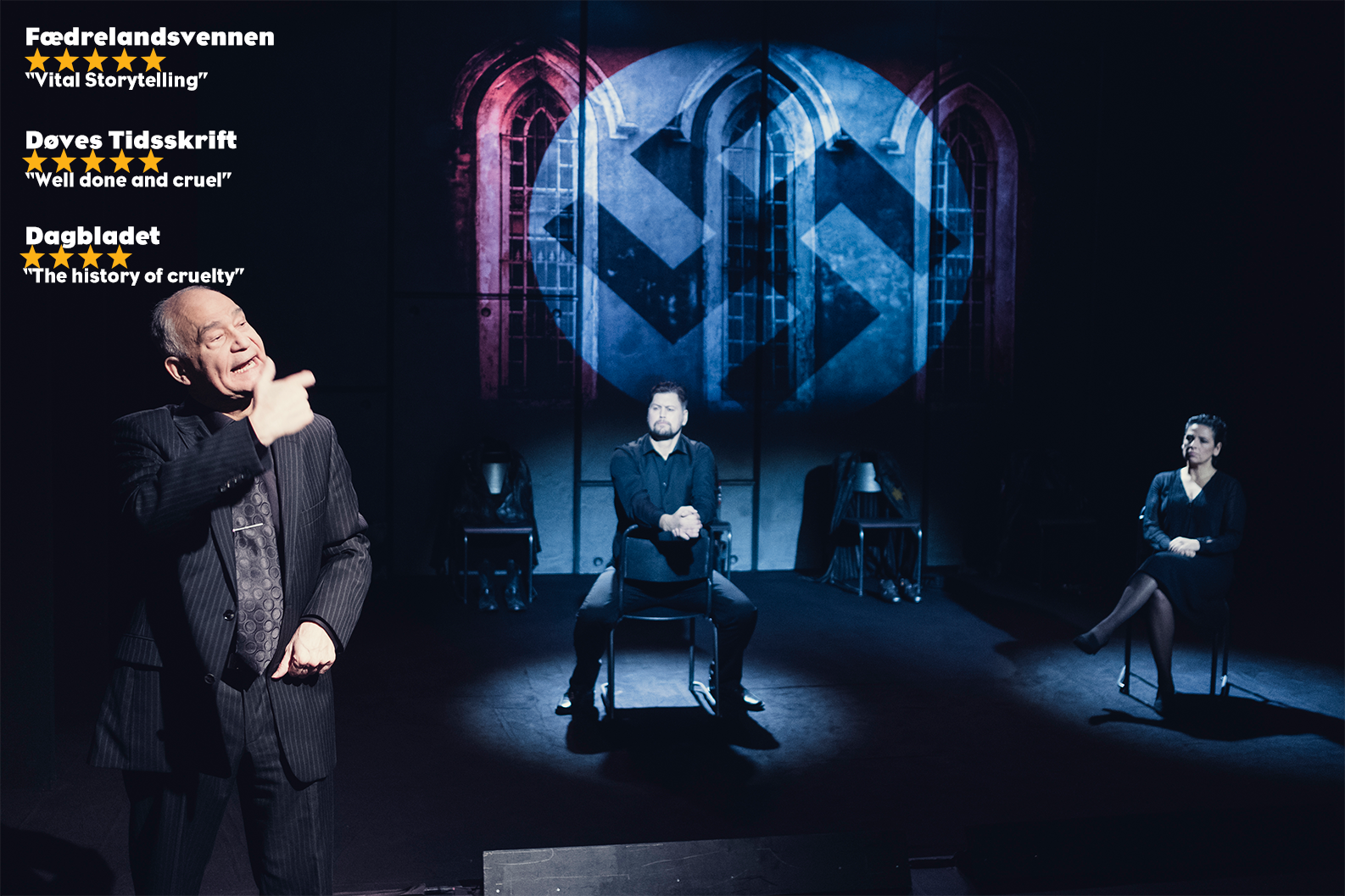 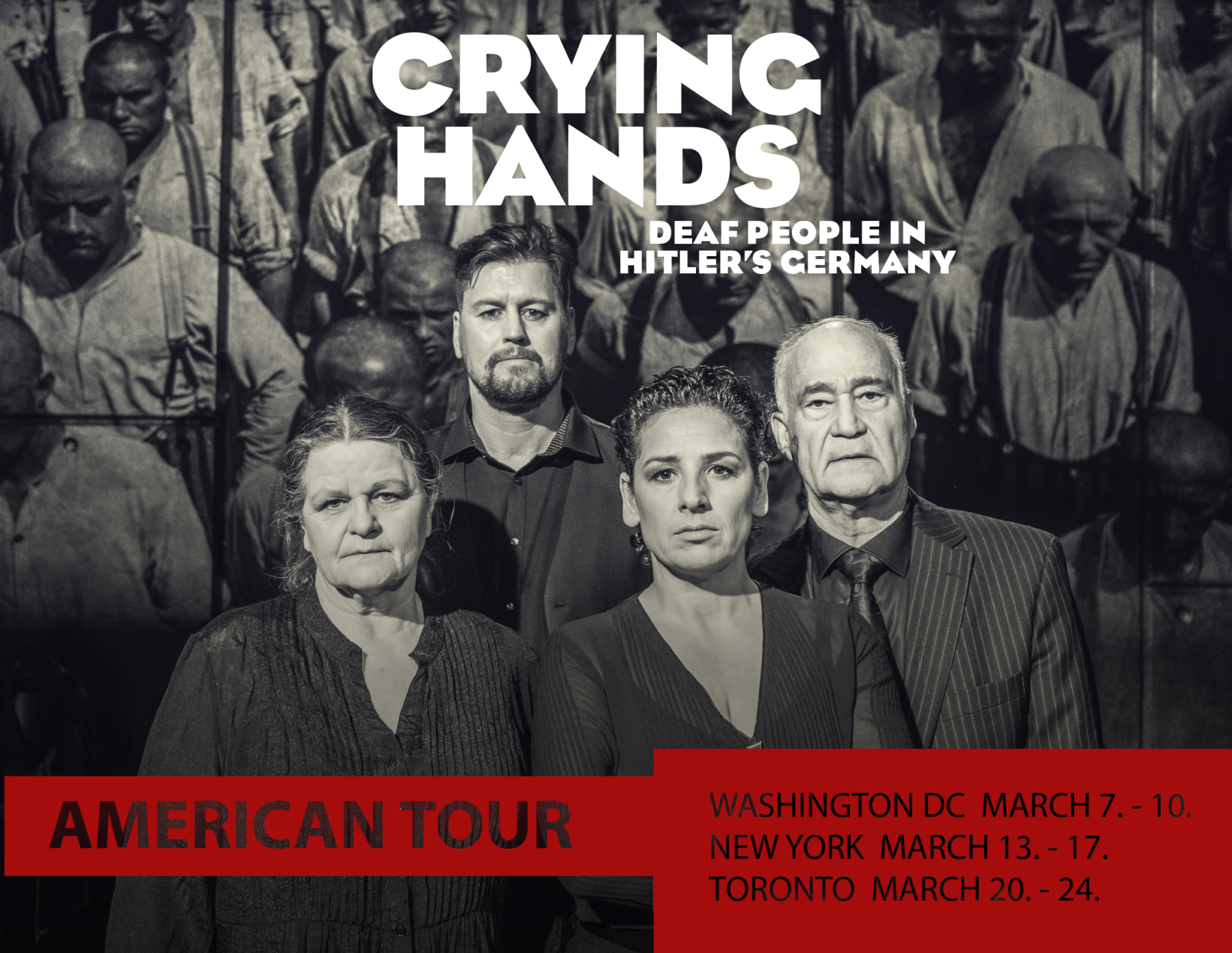 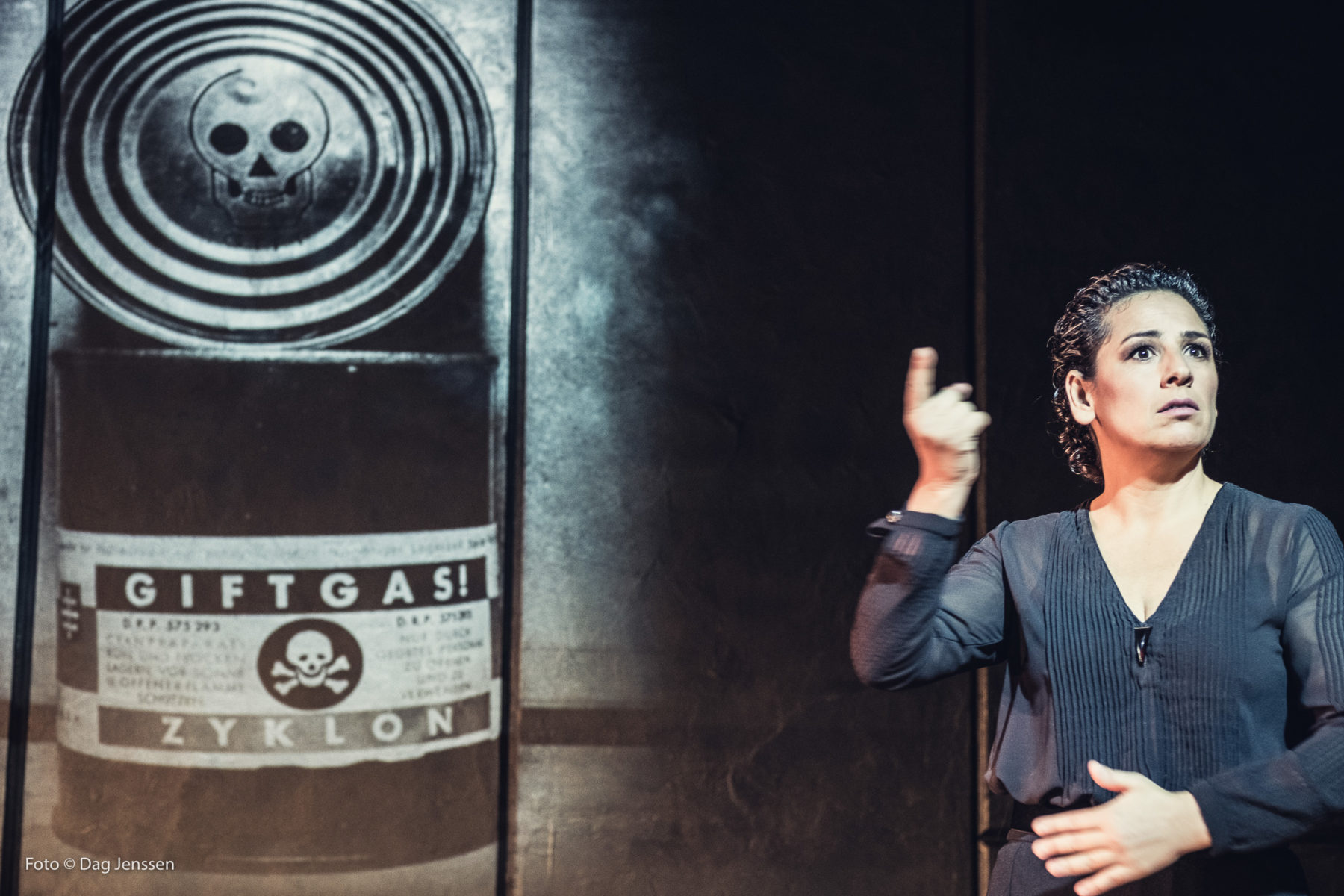 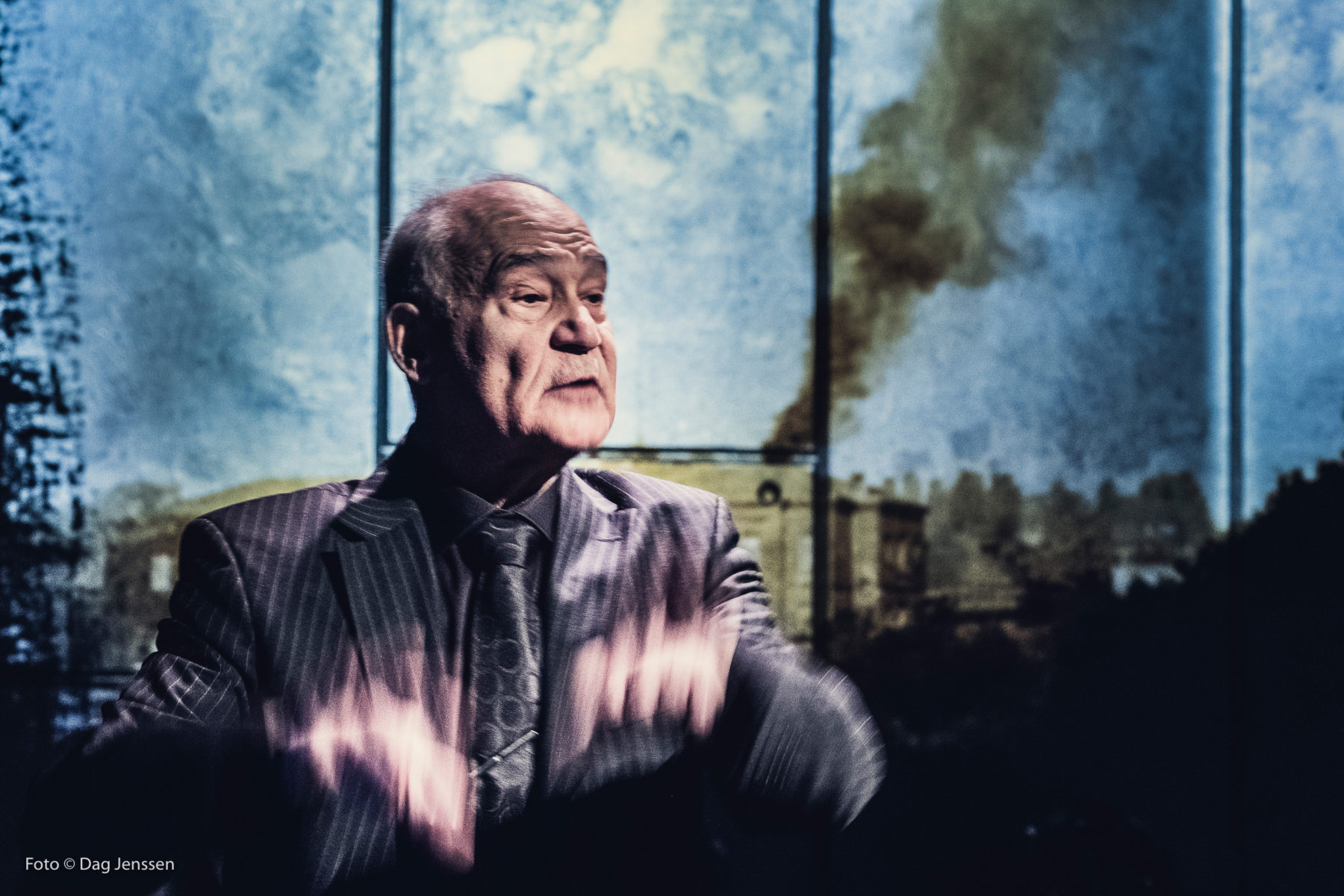 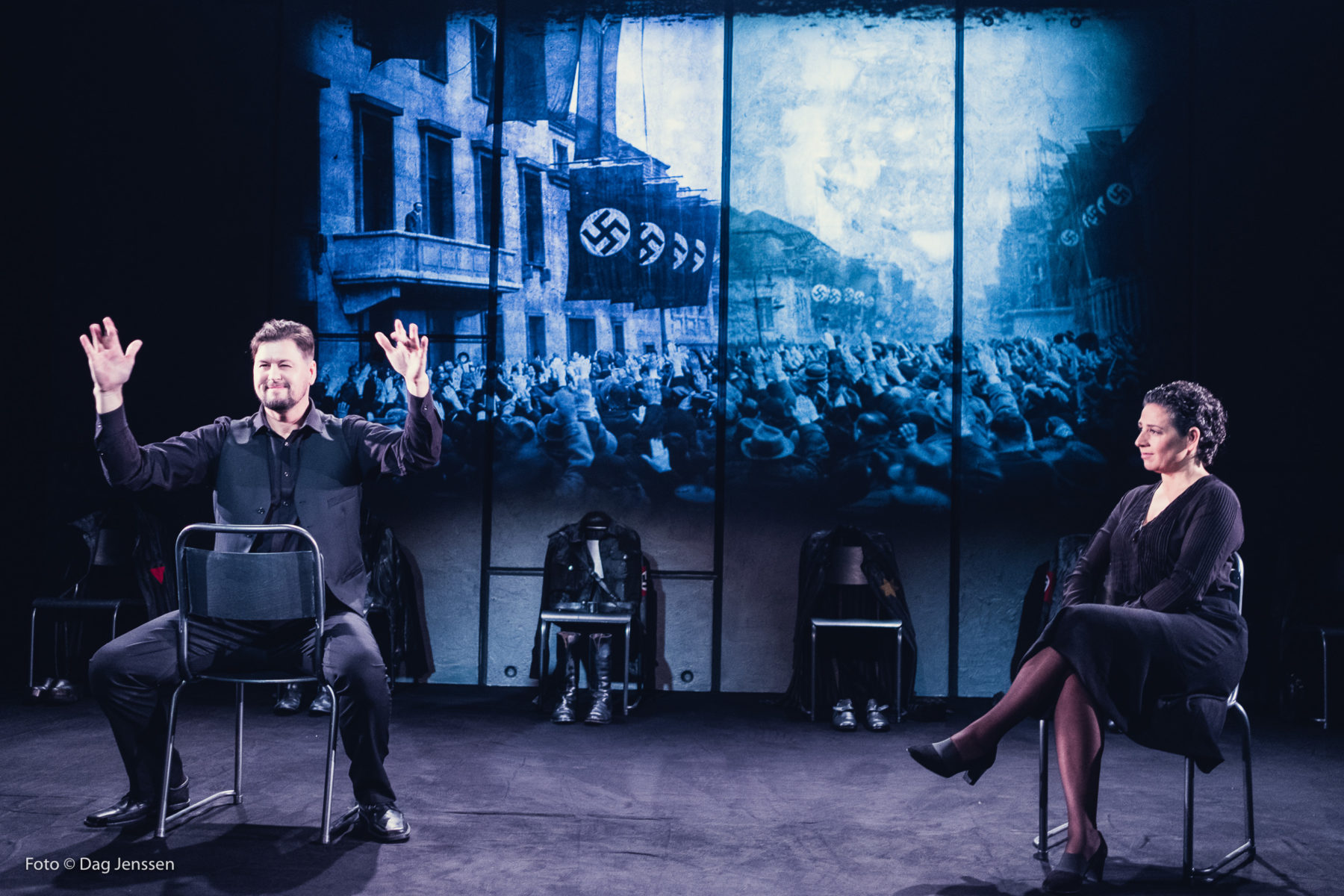 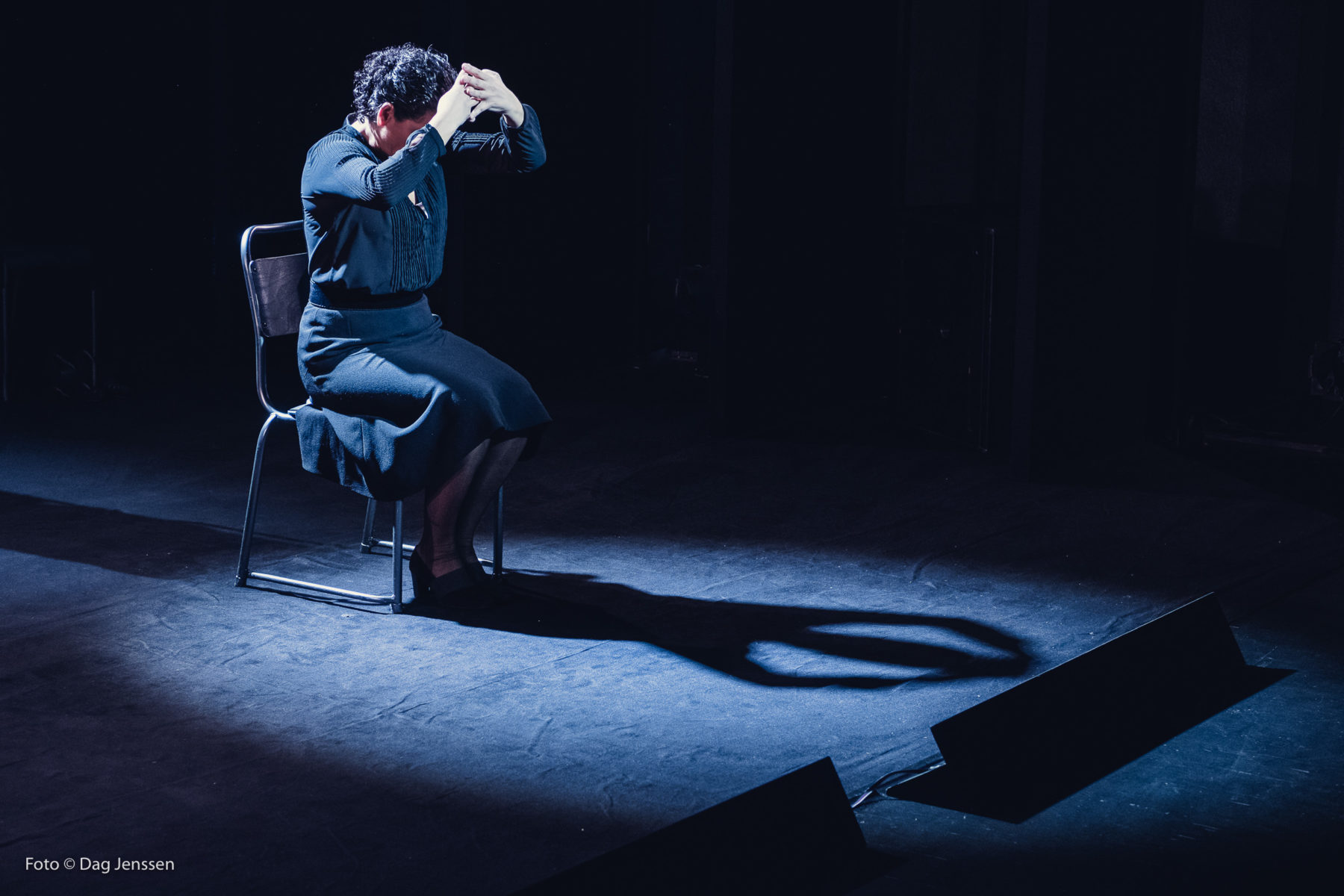 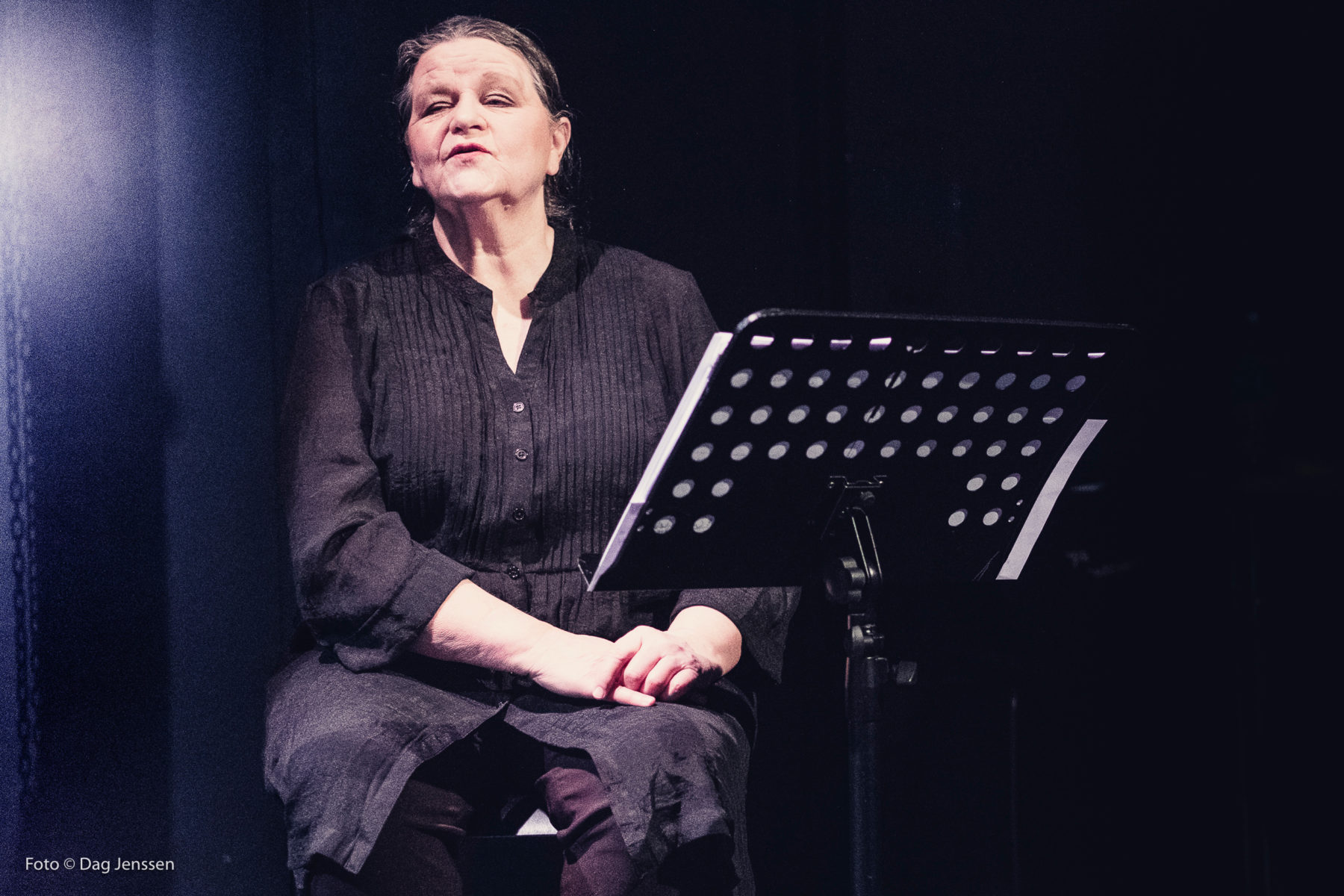 What happened to the deaf in Germany?

What happened to the deaf and the disabled both before and during World War II? What atrocities and unimaginable acts of evil were committed?

This is an extensive topic, and unknown to most people. Over the years, Teater Manu has acquired a large archive of documentary material, and has interviewed Holocaust survivors. Teater Manu also gather inspirations from the Holocaust Museums in Jerusalem, Oslo and Berlin.

This story is important in order to understand the idea of «The pure and perfect Master Race» – which was part of Nazi ideology.

How did it start? There are many questions. The answers are not easy. What matters most is that we understand – and that we ask ourselves:

Could it happen again?

The barbarities cannot be described in a traditional theatrical production; the reality of it is too gruesome and grotesque. Crying hands are therefore no ordinary theater production, it does not tell a fictional tale. We are telling a story about real events. In this story, reality surpasses the imagination.

The production can be considered a “docudrama”, accompanied by projections and a storyteller who presents facts to go with the actors’ performances. And the two actors are the bearers of stories on behalf of many individuals, all interwoven into a tale.

Crying Hands tells the tale of Hans and Gertrud.

Hans was born deaf, and grew up in Berlin before the war broke out in 1939. He was very interested in motorcycles, and together with many other deaf people, he joined a Nazi storm trooper unit, and participated in the victory parade when Hitler came to power in 1933.

The production follows Hans’s fate and destiny as we witness his brutal transition from being a young man interested in sports, to his struggle for survival.

Gertrud is a German, born into a wealthy, upstanding family. She studies medicine and develops an interest in the Nazi theories regarding race at an early age. She eventually becomes directly involved in the systematic marginalization of the deaf.

I had absolutely no knowledge of the statutory sterilization of deaf men, women and children in Germany in the 1930s. Neither was I aware that already then the Nazis had implemented systematic measures to eradicate the deaf, and that they considered this to be a natural part of their Eugenics programme.

The fates of the deaf in Nazi Germany has been a neglected topic in the story of the Holocaust. It is only recently that this almost unknown chapter of history has been the subject of documentation and research. This material has provided the source for my dramatization, not least the contributions by Donna F. Ryan and John S. Schuchman, together with personal interviews of ten deaf survivors of the Nazi atrocities.

As I immersed myself in the material and studied it, including the important writings of Horst Biesold, it became clear to me that this undiscovered part of our history had to be communicated in a documentary manner, using photomontages – literally as a historical/visual backdrop to the actor’s performances. My time spent at the Yad Vashem memorial in Jerusalem reinforced my choice of stage design.

Based on true stories or events

Inspired by the interviews of the ten deaf survivors in Israel, I focused on two characters – Hans and Gertrud. They are fictitious, but most of what they say comes from actual stories or events.

Voice actor: As we use voice actors, all Teater Manu productions are also accessible for hearing patrons.

Crying Hands is produced in collaboration with The Corcoran School of Arts and Design, Theatre & Dance Program of George Washington University in Washington, DC

Grateful acknowledgment is made to Crying Hands: Eugenics and Deaf People in Nazi Germany by Horst Biesold, published in English by Gallaudet University Press, Washington, DC.

There are no more shows at the moment. 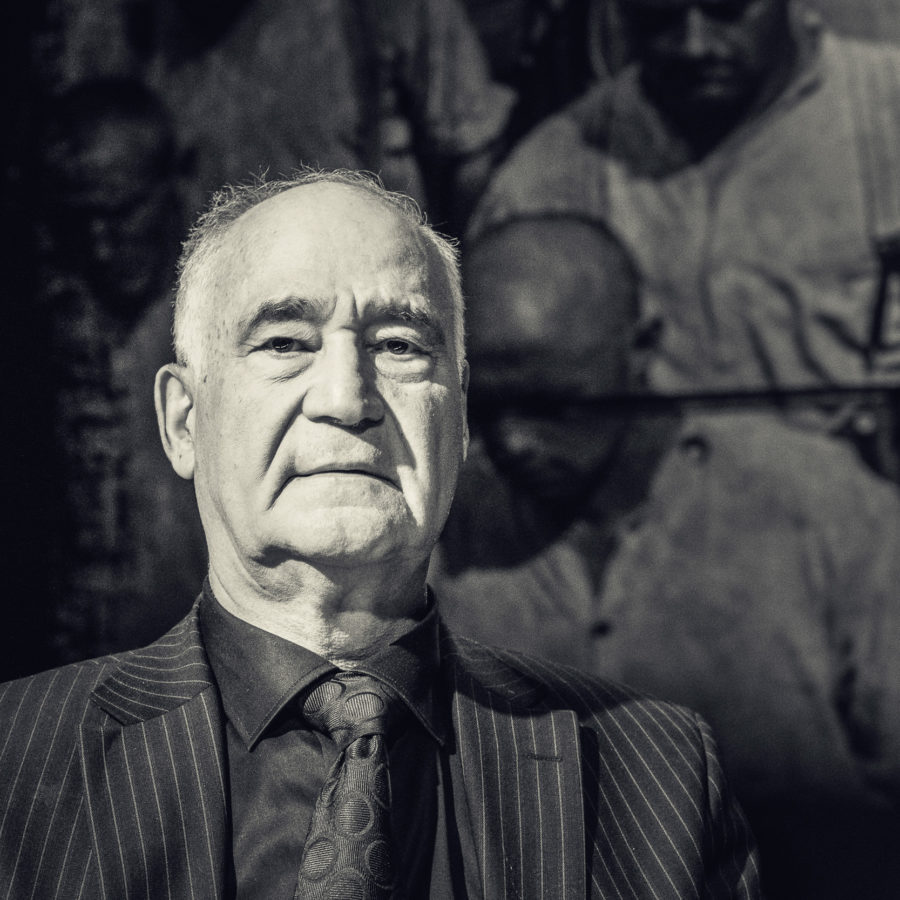 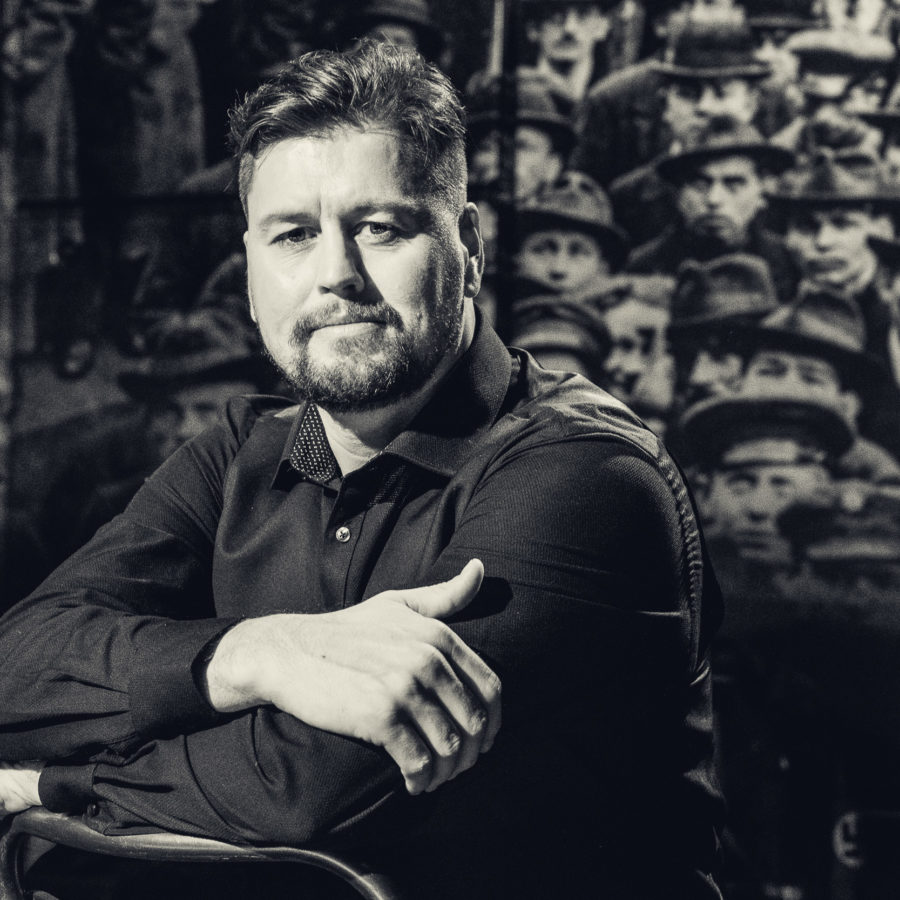 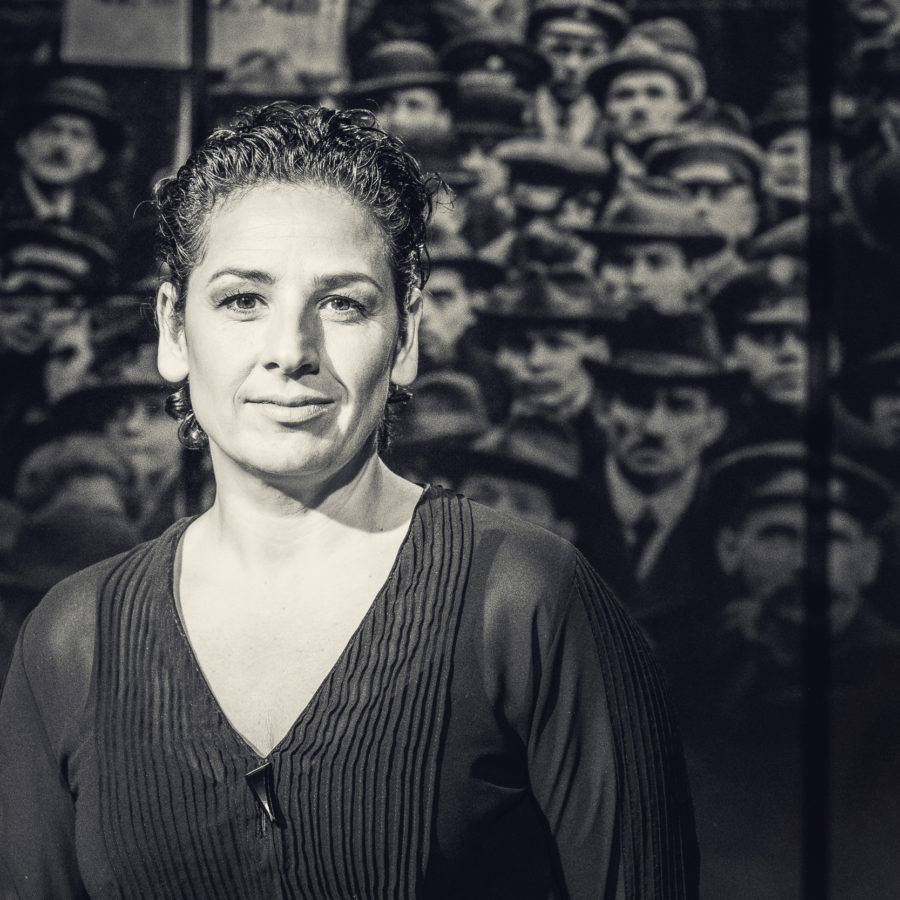 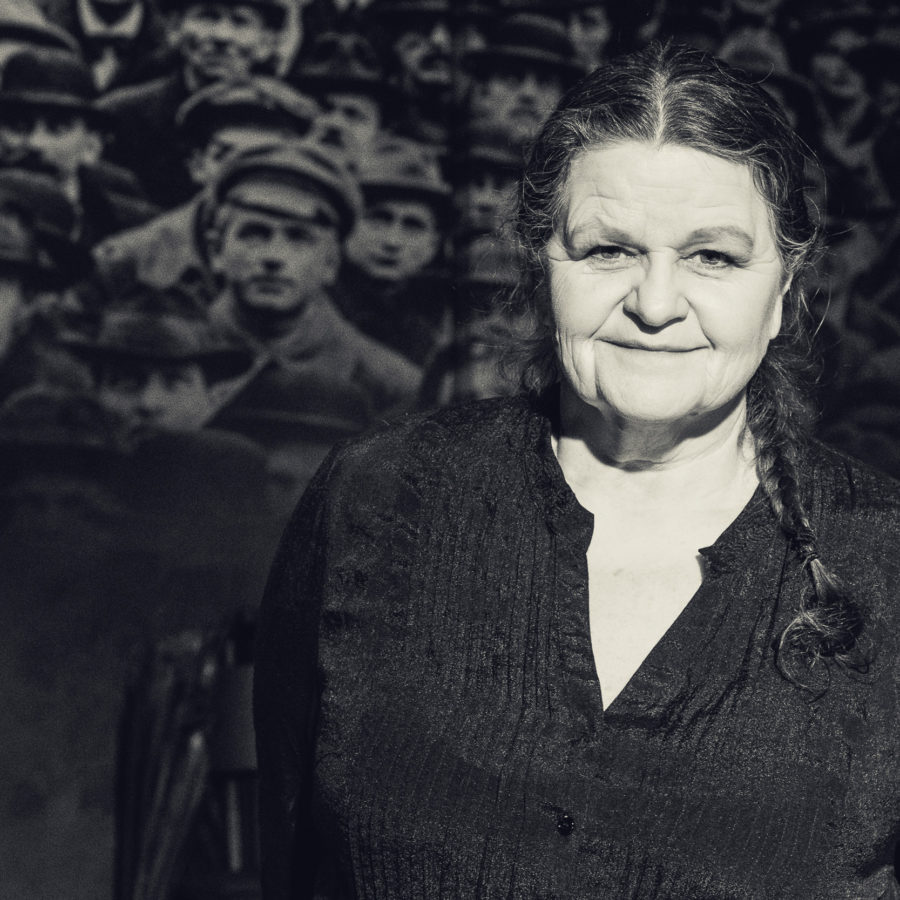 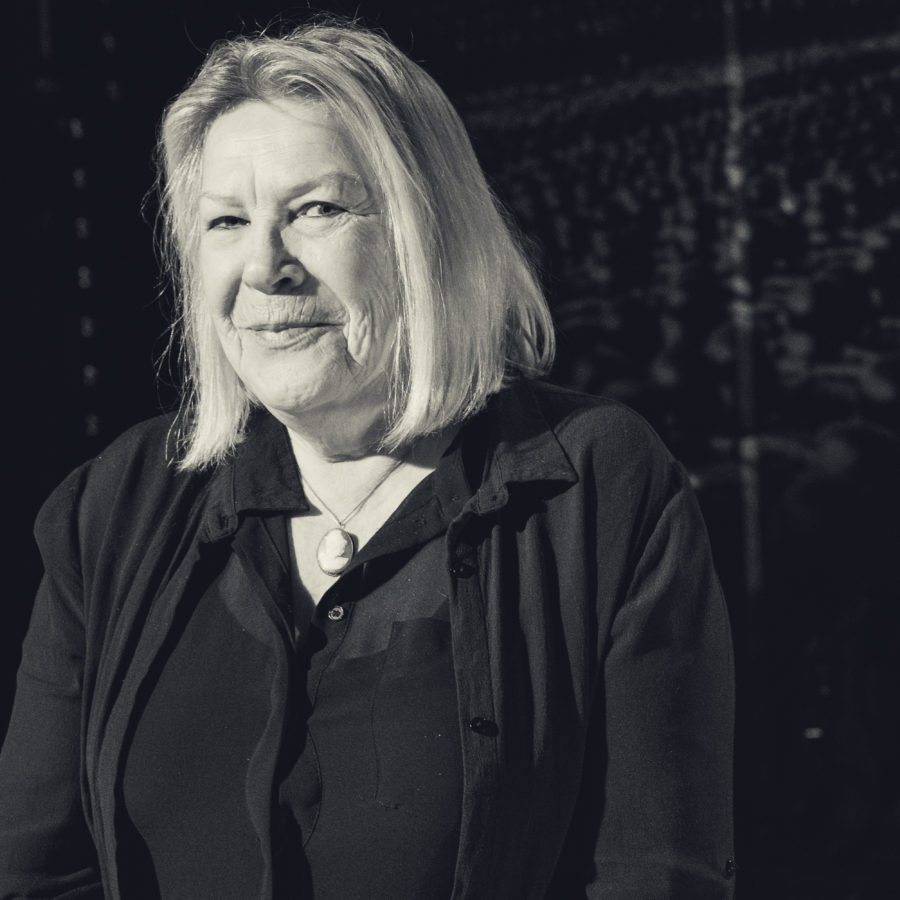 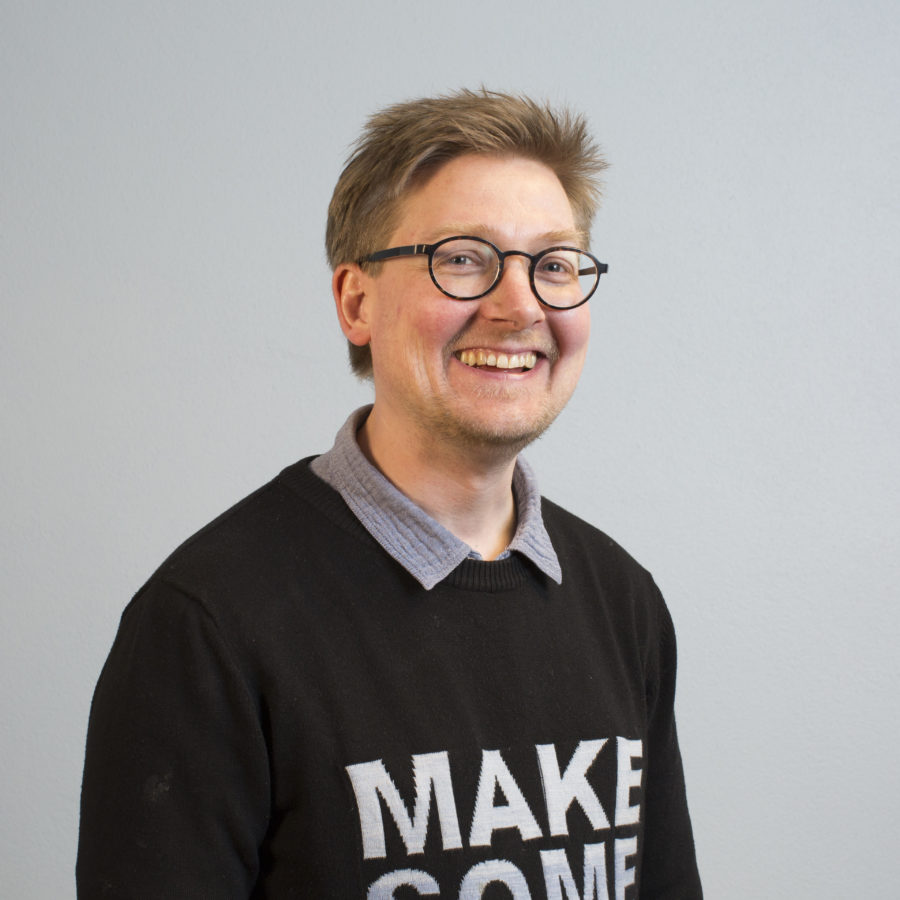 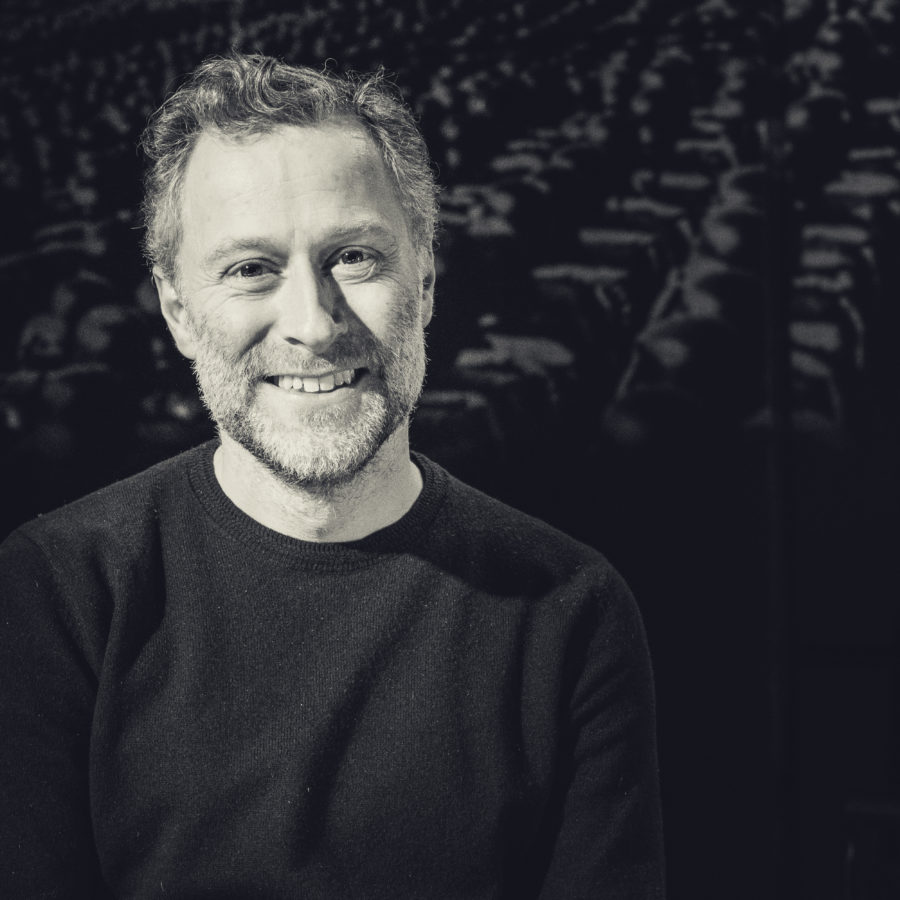 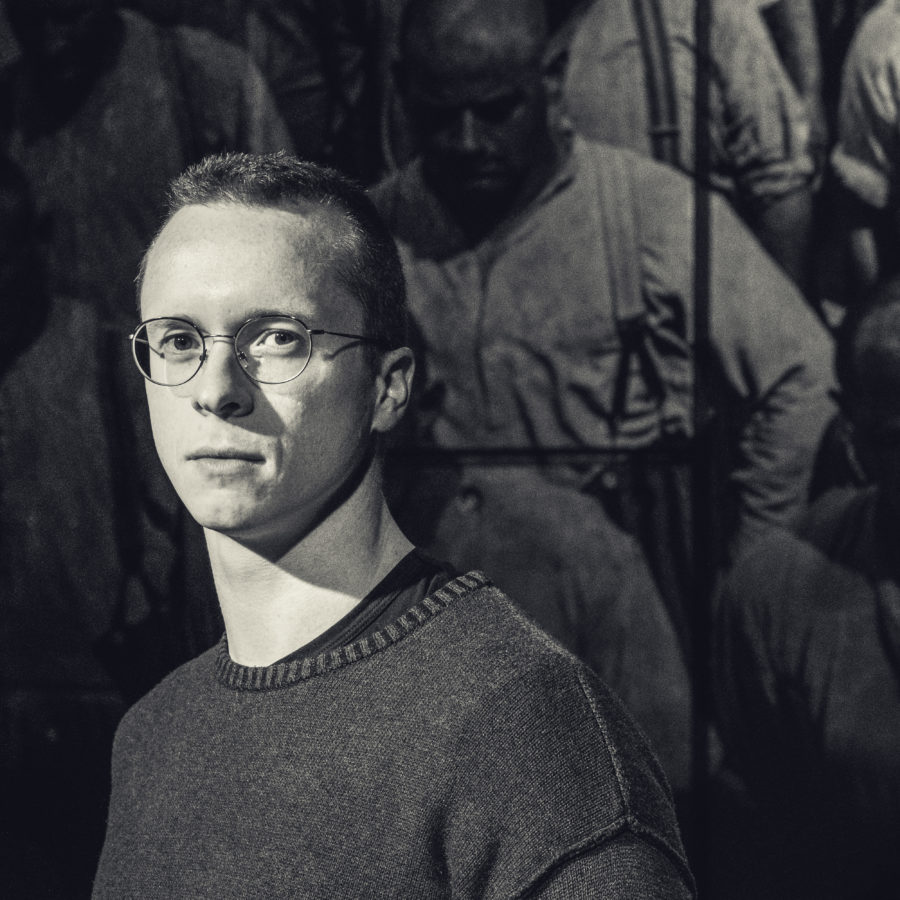